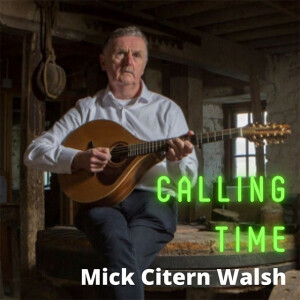 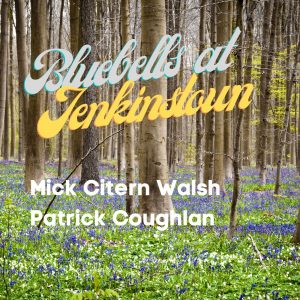 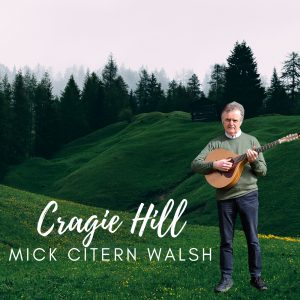 Parnell Square is about Dublin Dancing Days in the 1970s and early 1980s; The Irish Club, The National Ballroom and others. The Big Band sound of the Showbands. A meeting place for the Country people and some Dubliners.

Calling Time is about finishing a gig and the drive home from a country venue in all kinds of weather.

Bluebells at Jenkinstown - an estate in County Kilkenny, Jenkinstown was inhabited by two famous Irish song writers Thomas Moore and Jimmy McCarthy in different eras. The song refers to them. Lyrics are by Patrick Coughlan and music by Mick Citern Walsh. If you don't have PayPal, click here to buy this track.

Cragie Hill is a North Of Ireland emigration song from the 1800s. 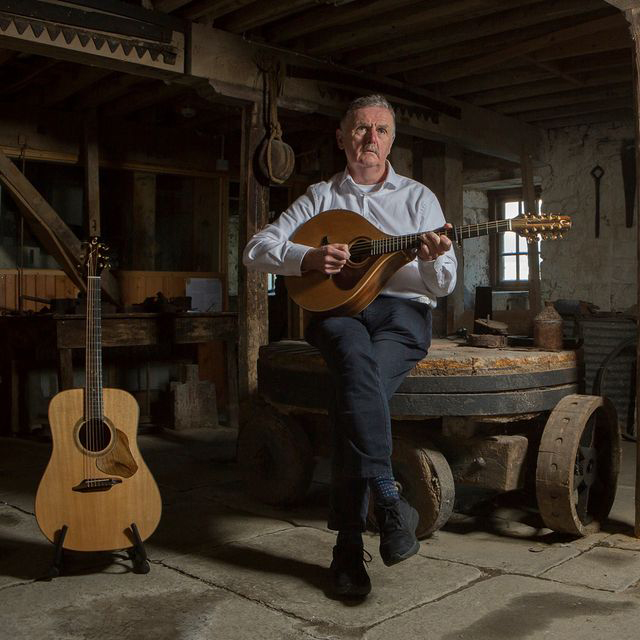 When the first lockdown came I started to write a few songs and and a tune. Then everything reopened and I got to the local recording studio and put down seven of them with the help of a small team of excellent musicians some who I have gigged with back in the day. All are available to download for just €1 each.

All Because It's Christmas 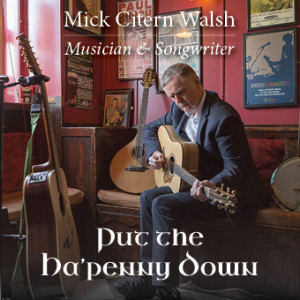 This thirteen track album comprises of seven new songs I wrote, three sets of tunes and three other songs. Of these, one each is sung by my daughter and my son and the other one Matt Hyland is sung by myself. I would like to thank John Spillane for giving me permission to put Passage West (sung by my son Gerry) on this recording. My daughter Bronagh sings She Moved Through the Fair. The late Al O’Donnell was a Dublin singer I used frequently listen to playing in Slattery’s Capel Street Dublin and that’s where I got the song Matt Hyland, sung by myself.

The start of each song is available to listen to by clicking on the links below.

Put the Ha'penny Down

Cook in the Kitchen/Going to the Well for Water

Those Days Long Since Gone

She Moved Through the Fair

Here’s a Health to the Motor Trade

All Because it’s Christmas 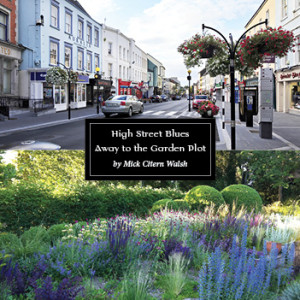 High Street Blues
This not only refers to Kilkenny but every High Street. I was heard singing it and a lot of people liked it and said it was topical to the times we are in.

Away to the Garden Plot
To every house that shares a TV and laptop. The husband when the nights get long is away outdoors. 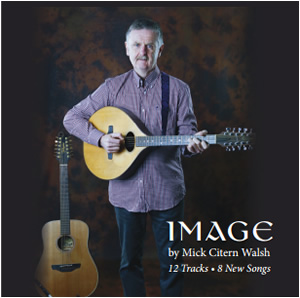 In mid 2014 I started on the idea that I would write songs about issues and interests in my area. Other ideas also came into my head and I wrote them in verse as well. Eight of the songs I recorded with the help of others and the end product was a twelve track album.

I am dedicating this album to some musician friends who have passed on in the last few years, including Pat Murray, Paddy Cummins, Johnny Byrne, Mick Watson and others whose names escapes me now.

I would like to thank John Cleere’s pub (Kilkenny) for having me to play music every Monday night for nearly twenty five years, also Jimmy, Gerry and many others who contribute to the great nights there. Other venues that have looked after me including the Pump House Kilkenny are also included on my thank you list. My mother, my wife, relations and family who have supported me down the years are also included as well as friends, who have helped me launch this album. 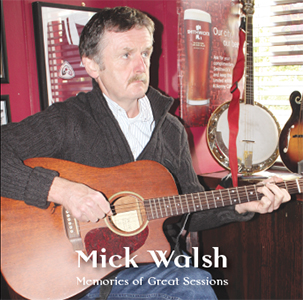 On my journey through life as a singer and musician I learned a lot from other people starting from an early age in Lismore, Co. Waterford where I was born and reared. Having gone to work in Dublin following secondary school I met lots of musicians from working in Slatterys of Capel Street at night where the best of traditional music and song was played throughout the seventies. It was in the late seventies that I started to play in Dublin pubs and also at weekends in out of city venues. Donohoes in Merrion Row was a place I often brought my banjo and sat in the corner with great musicians.

It was also around this time that I met Alan Hughes and John Byrne. On Sunday mornings in the early to mid eighties we played in the Portabello in Rathmines and also in the Brazen Head and other venues. John Byrne gave me the jigs and reels on the album. The Comeragh Waltz was a tune handed down to my father from his mother who composed it.

I moved to Kilkenny in 1989 where I met Seosamh O'Faoláin while playing in Cleeres Pub and Theatre and have been playing there on Monday nights now and for over twenty years.